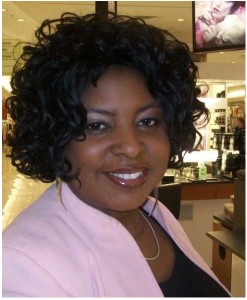 Associate Professor of English in Hillyer College, University of Hartford, Connecticut, USA, Cameroonian-born Dr Joyce Ashuntantang, was among 69 poets from 22 countries invited to participate in the First Athens World Poetry Festival in Greece. This information is contained in the website of the University of Hartford. 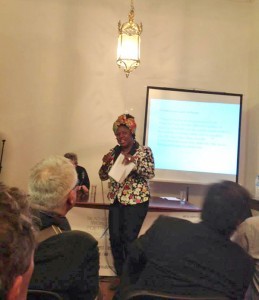 According to festival organizers, poetry is essential in lean years. After all, “exceptional poetry was written during difficult and small-minded times. It was during wartime that Seferis wrote the Last Station and Engonopoulos wrote Bolivar,” says a statement on the festival website.

“Geographically compact, but with a vast historical depth, Greece has been and remains a land of poets. On Homer’s sand shores during the day and in Homer’s shadow at night, Greeks continue to create,” the statement continued.

A multi-lingual and multifaceted event, the festival ran from September 23 – 29, 2013, and included readings in major museums, public squares, concert halls and cafes in Athens and other selected cities. The Cameroonian-born poet, whose six poems were translated into Greek, were read in the port city of Piraeus, the historic site of Delphi, and the Benaki Museum in Athens. One of the six poems that drew a lot of applause from the audience is titled; Because we are Poor…

Dr. Joyce Ashuntantang was born in Kumba Town, Southwest Region of Cameroon. She is presently an Associate Professor of English at University of Hartford, Connecticut. An actress and poet, she is the author of Landscaping Postcoloniality: the Dissemination of Anglophone Cameroon Literature and A Basket of Flaming Ashes. Her poetry has appeared in recent anthologies such as Reflections: An Anthology of New Work by African Women Poets, We Have Crossed Many Rivers: New Poetry from Africa, World Poetry Almanac 2011 and Double Fronts: Cameroon Poetry in English. She was an invited poet at the VII International Poetry Festival in Granada, Nicaragua and 22 Festival Internacional De Poesía De Medellín, Colombia. She earned a B.A in Modern English Studies from the University of Yaoundé, Cameroon, a Masters in Librarianship from the University of Wales, U.K., and a Ph.D in English from the City University of New York. She blogs her world at www.joyceash.com