Few creative persons bother about how people receive their work. Many remain so indifferent that they complete their whole careers without a single piece of feedback. In the days of cave paintings or the later-time writing on papyrus or barks, the artists or poets remained happy being confined to their secluded world. In such a world isolated from the localities, creativity would be celebrated in solitude and seclusion. Over the centuries, the nature of both the works and their creators has undergone changes. There are exceptions, though. These days when the authors and painters continue to be in search of a place in the limelight, many are found relishing their lonely creative pursuits. In fact, the state of seclusion is inherent with the artist. Yet finally, a poet or a sculptor or an artist emerges as a social being. Thanks to this, through the ages creative people have been found participating in public readings and demonstration of their art works. The occasions later assumed the forms of arts festivals. Their root can be traced to the pre-Christ times in Sumer or Greece.

The scenario in the sub-continent was not much different. In the land of immortal epics written by ancient bards and poets, creativity has been a part of social evolution through the ages. Many were court poets of legendary kings. In spite of these exposures, the composers of poems in essence preferred to live outside the view of the masses. The case for plays, however, was different altogether. This literary form remains incomplete without direct response from an audience. But poets, on the other hand, would find themselves in bliss in their idyllic environs. Yet in parts of the sub-continent, assemblages of poets eventually emerged as widely acclaimed cultural events. They began as small-scale poetry sessions indoors to later become outdoor events like ‘Mushaira’. 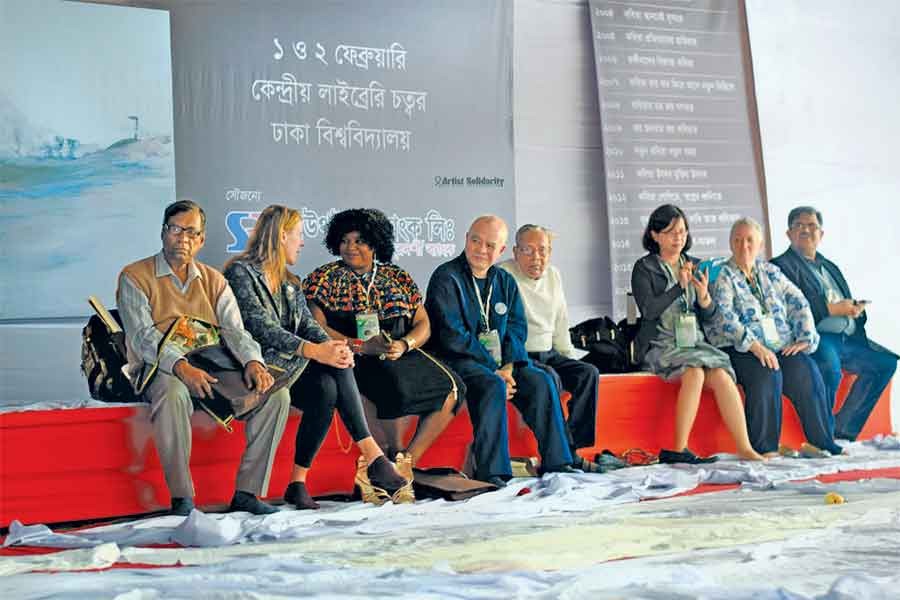