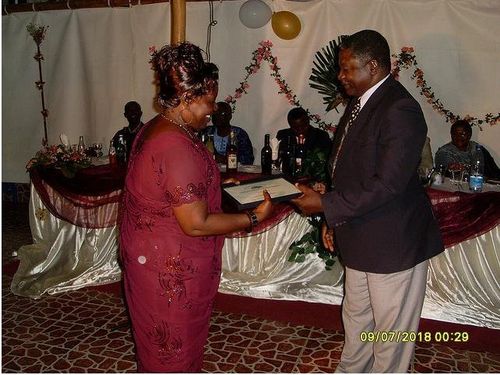 Yes, Batuo’s World has been quiet for some time. I can now tell you why. I have been inside letter V. Oh yes, even those of us whom friends and family have labeled “tough” have a time when the leaves of life just wilt in front of our own eyes and no matter how hard we try, we just have to give the cycle of life the space and time to run its course. I have dubbed times like this being inside letter “V”. In fact on May 21st 2011 I shared this insight with my facebook friends:

“When you go through life’s alphabet and fall inside letter V, don’t struggle to scale its steep walls. Just remember it must be time for a well deserved rest and when you wake up with renewed energy you will jump out like a champ and fly over W, X and Y to reach the finish line Z with a refreshed smile on your face”.

Little did I know that I will have to use my own recipe a few months down the line. Well, on the 19th of August 2011, just barely two months after I posted this status, I fell headlong inside Letter “V”. The death of my all powerful and illustrious aunt, Mrs. Comfort Eneke Ashu plunged me into the very depths of despair. She had been diagnosed with cancer and had been receiving treatment for about two months, yet I could not fathom her name and death in one sentence. She was a go-getter, dynamic, and
took no nonsense! She was what the patriarchal world called a “Nnem Ngoreh”, a woman who had pushed beyond the boundaries of womanhood to reach heights traditionally preserved for males. I believed my aunt could shout death down if it came to it, but helas she was only human and so death conquered her.

And thus I found myself crumbled like a piece of paper inside letter V. I had to test my own recipe; I settled inside, “V” and tried to “relax” for a few days hoping that I will feel refreshed, jump out and continue anew. But life handed me one of its double jokers. September 1st came and swept me in the turbid floods of nightmarish memories. This was the 25th anniversary of my parent’s tragic deaths by car accident. For the last 25 years I have welcomed each anniversary with the ancestral assurances of an African, the certified faith of a Christian, and the practical tears of a mere mortal. This year, however was determined to be different. The events of those 14 days in 1986 came in 3D images and refused to go away. In that tight space inside letter V, I relived the nightmare in the huge flat screen TV of my mind:

September 1st: Accident occurs, My mother dies on the spot, My Dad is in a coma

September 9th: My Mom is buried

September 14: My Dad is buried.

Reliving this gruesome timeline with its crushing weight pushed me further into letter “V”. To make matters worse my father’s sister, Mama Lydia Ashuntantang, another major role model in my life died on the 10th of September the eve of my father’s death anniversary. I was now kaput! 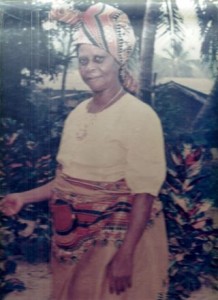 Well, my two aunts were buried on September 24 and October 8 respectively. I calmly stayed inside letter V and had to pull back on some of my activities including my blog and facebook. It was a “me” time for the grieving process to run its course and also time for me to distill these events and find their lasting value in lessons that would transcend the pain of the moment. Just when I believed I had everything in perspective and I could now jump out, the now historic power outage in Connecticut occurred- it went peach black inside letter V!! I was forced to stay there for 10 additional days waiting for Connecticut Light and Power to illuminate more than my town of West Hartford. 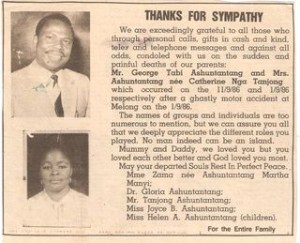 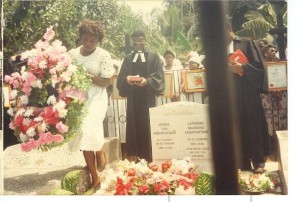 I have finally completed “my time” in letter “V” and after a couple of attempts I have jumped out, but I didn’t come out flying to Z. It has been a brisk walk but I have arrived and more than a smile refreshes my face. A deep laughter from within caresses my insides as I give thanks to the powers that be for blessing my life with these incredible people who have added to my throng of worthy ancestors.

Thanks again to you my loyal readers. All is well and I am back on course…I was just recuperating inside letter “V”.