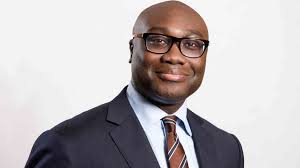 Well, 2014 has settled in, and I am back on my blog after a hiatus. Fortunately, I was able to connect with some of you via facebook. Truth be told, 2013 called for some emotional heavy lifting and I had to conserve my energy, but it is a new season and time to roll. We now live in a world where Chinua Achebe and Nelson Mandela are physically absent. As traumatizing as that sounds to me, I have finally come to terms with the passing of these great giants. I can easily console myself that these monumental human beings lived well beyond the biblical three scores and ten.
But what can I say about Komla Afeke Dumor? A mere child in their presence! What am I to say about that brother whom I did not really get to know. To think that the only time I had a chance to listen to him I was kind of disgruntled. Curled up in my hotel room in Athens, Greece, I wanted to watch world news on TV and to me that meant CNN. That is what living in America has done to me! I wanted to see Anderson Cooper. The connection was not even good, and I was dying to get more information on the terror attack at the Westgate shopping mall in Nairobi, Kenya. I flipped the channels over and over and found BBC. Komla Dumor was at his post doing what he knows best, but I paid no mind.

I was under the weight of sadness over the death of Kofi Awoonor, veteran poet and Ghanian Statesman who had been fatally shot at the Westgate mall. I did not know that destiny was introducing me to my brother, Komla Dumor, whose death I would contemplate in the quiteness of my soul within a few short months. And so it came to pass: when Komla Dumor died, I hardly knew him. Our encounter was too brief. Luckily, he left enough homework for the living; I have been watching and re-watching videos of him at work on youtube.
Earlier this week, our brother’s body made it back home to Ghana, back to the land of his fathers and mothers and their fathers and mothers before them. He was only 41, but as a lead presenter for BBC World, he had considerable influence on how the continent of Africa was covered. After watching his funeral in London organized by the BBC and the arrival of his mortal remains in Ghana, one has no choice but to agree with the journalist of Ghana’s Joy TV that it gives “a deeper understanding of what life can be”. Fortunately, we can do something to contribute to how life “can” be. Dumor made a name in broadcast journalism but his degrees were in Sociology, Psychology and Public Administration. He discovered what he was good at and stuck with it. I have decided to draw energy from the death of Komla Dumor. Dumor died on January 18, 2014 living behind his father, Professor Ernest Dumor, his Wife, Kwansema Quansah, three children, illustrious siblings, relatives and a host of fans around the world. But we have to make his death count, for ourselves, for Ghana, and for Dumor’s Africa. We who are here can continue in the trajectory of his life’s work…to continue building Africa from our vantage positions and expertise. The game of life continues…