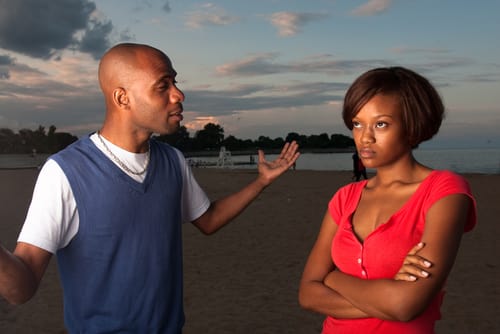 On this Valentine’s day, I decided to honor some male poets of my youth. These are the boys and young men who composed all those beautiful monologues complete with performance in the name of “braining”.  Braining, the way it is done in Cameroon can be rightly considered an art form. The English call it “to woo” which means to seek the affection of someone with intent to romance or to court a woman. In English Speaking Cameroon this phenomenon is known variously as “to brain”, “lay case”  “nak kwadi,” and “nak parole” (or nak pa). These phrases combined together suggest that what is going on here is a decidedly creative and intellectual process.  The word “braining” suggests that the person braining who is usually a male is trying to manipulate the brain of the hearer usually female. In fact, this is captured even more clearly when we refer to it as “laying case.”  Here, the court room is invoked and the metaphor of a lawyer laying forth his arguments shows that it is a careful process where the boy chooses his words carefully and even the order in which he will bring them out to get a particular effect.  The creative aspect comes in when we look at another synonym to this phenomenon- “nak kwadi.” This phrase means to tell a story in the Duala language. Thus, there is a story element to braining. This story element brings in “fantasy” as well as other creative elements to “braining”.  Indeed, the speaker must embellish his verbal presentation with figures of speech to make it exciting. He must be able to ignite the imagination of the girl, so she could dream along with him about a blissful future with him by her side.   Then, there’s the element of delivery. If it is intellectually savvy with all the juices of imagination, but it cannot be delivered, it falls flat on its face. That is why some boys had to ask their friends to deliver for them because they lacked the gift of oratory. It is this oratorical aspect which is captured in another  “braining”  synonym, “parole”.  This  French word “parole” refers to each utterance as a speech act with the concept of performance tied to it. To “nak parole” is to have  the gift of  oral delivery with all the attending nuances. Therefore, I am not thinking of some dull statements that some boys came up with like your “catarrh is my butter’ that is just gross and cannot be elevated to poetry. Even the bland promise, “I am going to marry you” does not rise to poetry. Ironically, it still got some girls to be hooked right away. I am talking here of a  smooth flow when guys took the time to build intricate patterns of words, and then presented  memorable performances complete with deliberate hand gestures, facial expressions and even choreographed movements. Some of these guys enjoyed doing this so much that they were serial Brainers.  They“brained” as many girls as they could, and it seemed as if they did not really care the outcome. Some could just “brain” the same girl over and over, and each time they tried to outdo themselves by coming up with something more creative. I smile as some names and faces come to mind. Well, as I look back on all the braining, laying case, parole and kwadi I have endured in my life time…I give my all time award to one that stood out not only because of its originality, but because of the finesse of delivery.  The guy was as sleek as they come, but he knew that my brain needed quite a bit to cajole it to even listen to the end. Here is what he said and not strange enough, I remember it verbatim:

…after some opening remarks, he paused for what seemed like his planned opening) “I know right now you want me to leave you alone. Yes my feet want to obey you but my heart pleads guilty. I listen to my heart, so bear with me. (Hands folded on the chest, his back to the wall and right leg folded back touching the wall. Obviously feeling handsome and confident, he continues) I can’t pretend I have not known other women. I have known a few and pretty ones too. (I am jostled by the revelation and I guess the effect was intended) But I can tell you this much, with all these women I FELL in love. (He knew that will sound confusing to me and it did as I pursed my lips indicating that I am anxious to hear where he is going with this one).  But with you, I am experiencing something absolutely different. (My head drops in a moment of shyness and also to hide my reaction. He pauses, asks me to lift my head and face him, then he continues as if he is about to make a pronouncement of truth from the Pope. Slowly turns around in playful hesitation, displaying his physique in a crisp linen top and  mohair pants, then continues) You see in your case it is just a new feeling because you are different. I am not going to tell you how because you know it. You are very smart. (He is using “suspense” as a device, and I am now all ears). In your case I have CLIMBED on love and I am not going to stop till I get to the top (Of course I could not help but smile. This was ingenuous, but he was not done).  I know our wings will not fly all winds but you and I together will form a formidable pair.”

Truth be told, I knew this was all “Pa” (short form of parole), but I could not help noticing the beauty of the words and the embedded poetry; the play on the phrase “to fall” in love and “to climb on love,” the metaphor of flight and the rhythmic music  produced by the “s” sound in the phrase “our wings cannot fly all winds.” Etc. I was impressed with his poetic performance then, and after more than three decades, I still think it was a great performance. So, today I give it up to the young men who made “braining” an art form and took their time to compose memorable lines and delivered them with flourish.  I used to find them sometimes annoying because I could not stand anyone trying to mess with my brain. However, looking back, I can at least concede this: “Braining” the way it was done by some boys and young men in Cameroon is a completely engaging art form”. I wonder what young guys do these days…

p/s I do not own the rights to the picture above!